Welcome to our World
"Crime Prevention Circle is a plain gathering of good Filipino men and women from the different sectors of our society who are eager to share their experience and expertise in crime prevention. "It takes good men not to act in order for the evil to reign." This phrase prompted us to unite and entail  a "Wake-up call" to everyone through information dissemination and encourage them not to give any opportunity to criminal offenders to accomplish and do their evil intent. This advocacy was made possible through our partnership with the police, the barangay authorities, non-governmental organizations and the community. Your participation in this endeavor is imperative to make our goals positive. Please join us for the sake of  our co-Filipinos who need safety and security!
Our logo

The Crime Prevention Circle Inc. Logo is composed of four small circles representing the community, comprising the rich, the middle class, the poor and the poor among the poorest, being encircled and controlled by the biggest ring which represents the Crime Prevention Circle Inc. The square which serves as the frame of the logo represents the four corners of the community which is the North, South, East and the West sectors of the community. A triangle representing the Triad of Crime, emanates from the community which pointed its tip to the center of the circles that symbolizes crime threats being perpetrated by people coming from the community itself. ▲
The Organizations & Communities behind the Circle

These are the organizations behind the Circle: If you are interested to join, please Sign-In and become a  member. Don't forget to send your group's logo.

Our Theme Song: "The Impossible Dream"

The CPC APPLE CHALLENGE
Crime Prevention Circle  will give you an APPLE which will serve as a token of appreciation and reference in doing your task as member of CPC:

“A” is for “Attendance”. You are obliged to attend all meetings or conferences as scheduled or called by the President or officers. Be sure that come on time. Don’t be late.

Other “P” is for “Participation”. You have to participate in all simple and grand activities of the organization. Your performance will be rated.

“P” is for “Payment”. Pay your dues that is required by the organization. P200 for the annual membership fee (Inclusive of your official identification card),  P200 for your annual insurance plan and P100 miscellaneous fee.

“L” if for “Learning”. You need to learn everything under the sun. Learning is a continued process. You will never become an expert in this undertakings if you will not learn the art. The organization had prepared seminars for you so that you will have an  advancement in CPC. Take it and learn everything about CPC, your constituents and your community.

“E” is for “Enjoyment”. You must enjoy anything and everything you do In the organization. You will never appreciate your work if you will not enjoy it. Whenever you perform, accomplish and do your tasks, be sure you love and enjoy doing it.

And “S” is for “Sharing”. What you attended, participated, paid, learned and enjoyed, be sure to share it with your friends, loved ones and your family too. They will recognize you as a true friend of the community where you are working in behalf of the CPC. ▲

This could save your life in the event of Earthquake!

EXTRACT FROM DOUG COPP'S ARTICLE ON THE: 'TRIANGLE OF LIFE'

My name is Doug Copp. I am the Rescue Chief and Disaster Manager of the American Rescue Team International (ARTI), the world's most experienced rescue team. The information in this article will save lives in an earthquake.

I was the United Nations expert in Disaster Mitigation for two years. I have worked at every major disaster in the world since 1985, except for simultaneous disasters.

The first building I ever crawled inside of was a school in Mexico City during the 1985 earthquake. Every child was under its desk. Every child was crushed to the thickness of their bones. They could have survived by lying down next to their desks in the aisles. It was obscene, unnecessary and I wondered why the children were not in the aisles. I didn't at the time know that the children were told to hide under something. I am amazed that even today schools are still using the ?Duck and Cover? instructions- telling
the children to squat under their desks with their heads bowed and covered with their hands. This was the technique used in the Mexico City school.

Simply stated, when buildings collapse, the weight of the ceilings falling upon the objects or furniture inside crushes these objects, leaving a space or void next to them. This space is what I call the 'triangle of life'. The larger the object, the stronger, the less it will compact. The less the object compacts, the larger the void, the greater the probability that the person who is using this void for safety will not be injured. The next time you watch collapsed buildings, on television, count the 'triangles' you see formed. They are verywhere. It is the most common shape, you will see, in a collapsed building.

1) Almost everyone who simply 'ducks and covers' when buildings collapse ARE CRUSHED TO DEATH. People who get under objects, like desks or cars, are crushed.

2) Cats, dogs and babies often naturally curl up in the fetal position. You should too in an earthquake. It is a natural safety/survival instinct. That position helps you survive in a smaller void. Get next to an object, next to a sofa, next to a large bulky object that will compress slightly but leave a void next to it.

4) If you are in bed during the night and an earthquake occurs, simply roll off the bed. A safe void will exist around the bed. Hotels can achieve a much greater survival rate in earthquakes, simply by posting a sign on the back of the door of every room telling occupants to lie down on the floor, next to the bottom of the bed during an earthquake.

5) If an earthquake happens and you cannot easily escape by getting out the door or window, then lie down and curl up in the fetal position next to a sofa, or large chair.

8) Get Near the Outer Walls Of Buildings Or Outside Of Them If Possible - It is much better to be near the outside of the building rather than the interior. The farther inside you are from the outside perimeter of the building the greater the probability that your escape route will be blocked.

10) I discovered, while crawling inside of collapsed newspaper offices and other offices with a lot of paper, that paper does not compact. Large voids are found surrounding stacks of paper.

In 1996 we made a film, which proved my survival methodology to be correct. The Turkish Federal Government, City of Istanbul , University of Istanbul Case Productions and ARTI cooperated to film this practical, scientific test. We collapsed a school and a home with 20 mannequins inside. Ten mannequins did 'duck and cover,' and ten mannequins I used in my 'triangle of life' survival method. After the simulated earthquake collapse we crawled through the rubble and entered the building to film and document the results.

The film, in which I practiced my survival techniques under directly observable, scientific conditions, relevant to building collapse, showed there would have been zero percent survival for those doing duck and cover.

There would likely have been 100 percent survivability for people using my method of the 'triangle of life.' This film has been seen by millions of viewers on television in Turkey and the rest of Europe, and it was seen in the USA , Canada and Latin America on the TV program Real TV.

Spread the word and save someone's life... The entire world is experiencing natural calamities so be prepared!

A Call to Honesty

As we earnestly try to establish a new era of morality in public service and private enterprise...

The habit of honesty comes to those who try to be honest.

Quote of the Day

"It is easier to Prevent, rather than Find the Cure!"

Crime Prevention is classically defined as the recognition, anticipation and appraisal of a crime risk and the initiation of positive measures to reduce or eliminate the crime risk. Simply stated, it is the denial of opportunity for a crime to be committed.

Basis: If one tree can produce a million matchsticks, then one matchstick is enough to destroy a million of trees. He who knows how to prevent crime but fails to do so, encourages it. One fundamental measure of civilization is its ability to prevent crime.

Crime Prevention is everybody's business, together we can fight and prevent crimes. Let us adopt unity, solidarity and teamwork versus indifference and diversity in the prevention of crime! 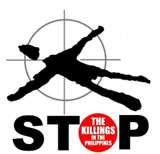 Let us Give Peace a Chance ...